Everyone around the world knows the story of Noah’s ark, but you’ve never heard it told like this! 3 penguins, one boat, total chaos!

Action adventure family animation from the creative talent of Cory Edwards (Hoodwinked!). The script is based on the award winning German book Meet at The Ark At Eight written by Ulrich Hub.

In a corner of Antarctica, three simple penguins have their blissful lives uprooted by the arrival of a dove with an invitation – an invitation to take a ‘cruise to a new world!’

Our bumbling heroes must be at the ark at 8, but the invitation has one strict rule, only two of every kind will be admitted. What chance do three penguins have? After setting sail on a polar bear powered ice float and stowing away on this historic voyage, the plight of Pen, Goo & Wyn becomes a funny fable seen through the eyes of the animal passengers.

The dove, on the word of Noah, is in charge of running the ark, every species has a role to play, from the king of the jungle to the gorilla guards. After clumsily trying to hide their existence the penguins are soon found out and the dove decrees that one of them must walk the plank! The chaos that ensues puts the whole ark in jeopardy, and it is soon left to the penguins to save the boat from sinking. Proving that in this case, maybe 3 penguins are better than 2.

With the tone of Madagascar, Ice Age and a bit of The Marx Brothers, this new twist on an old tale takes a humorous look at conformity, classism and the gentle power of forgiveness. This is a must see film for all the family! 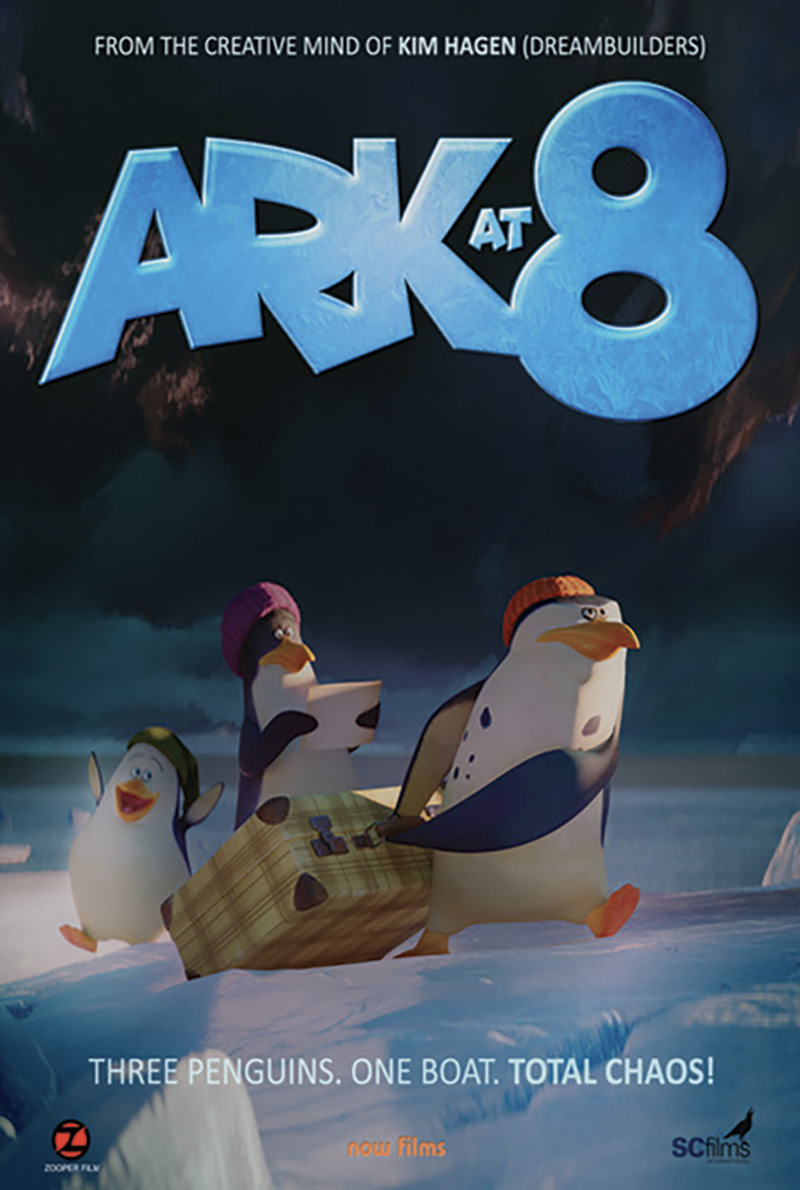