CGI animated action adventure film for all the family, based on the award-winning novels by Carol Wilkinson. Dragonkeeper is the first official Spain/China co-production between producers Manuel Cristobal, Larry Levene & the China Film Group.

In ancient China after a clash with the humans, dragons are banished from the kingdom.

Many years later, innocent and freedom-yearning orphan, Ping, is looking after the last two dragons when she discovers that one has sadly died, and the other is guarding a precious and rare dragon egg. As palace guards arrive the remaining dragon, Danzi disappears, and before Ping has the opportunity to explain what has happened, she is mistaken for an accomplice and must runaway herself. Danzi and Ping escape from the palace together and must return the dragon egg to the ocean to save all dragons from extinction!

On this wild and dangerous adventure, Ping finds a way to unlock her power and discovers she is a true Dragonkeeper. 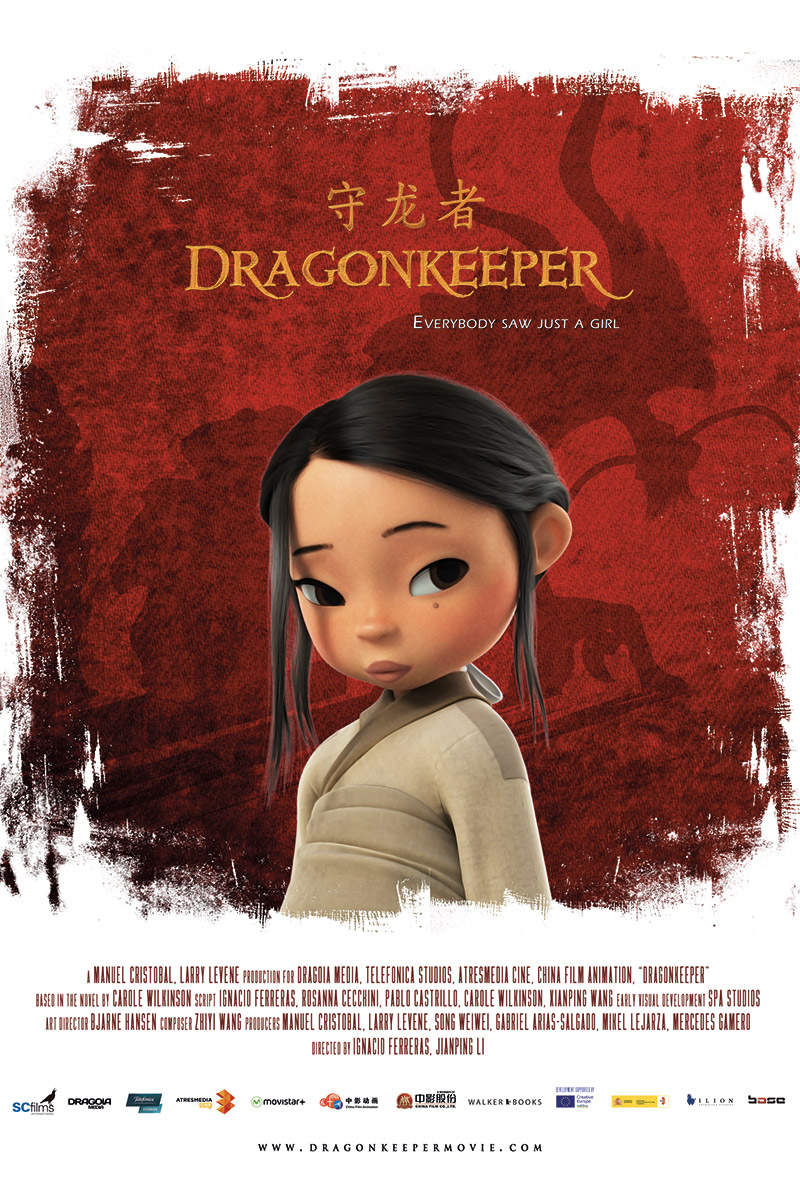