The film is inspired by Romain Puertolas’ 2015 French novel The Girl Who Swallowed A Cloud As Big As The Eiffel Tower, which has been translated into nine languages. It follows a 12-year-old bookworm entrusted with a magical quill that can grant any wish it writes. Partnered by her talking guinea pig, she embarks upon a dangerous adventure to save the planet from environmental destruction.

Simon Crowe, MD of SC Films International comments:
“When Luc first pitched me GIRL IN THE CLOUDS I was sold immediately. The characters are terrific and the script is full of action, comedy and surprises. I am really excited by the potential of this film.”

Writer / Director Philippe Riche remarks:
“Beyond the great poetic and visual potential offered by the novel, I saw the journey of Providence as an opportunity to develop a strong concept in the vein of the great Pixar movies, namely: what becomes of children dreams when one has the possibility of living them?” 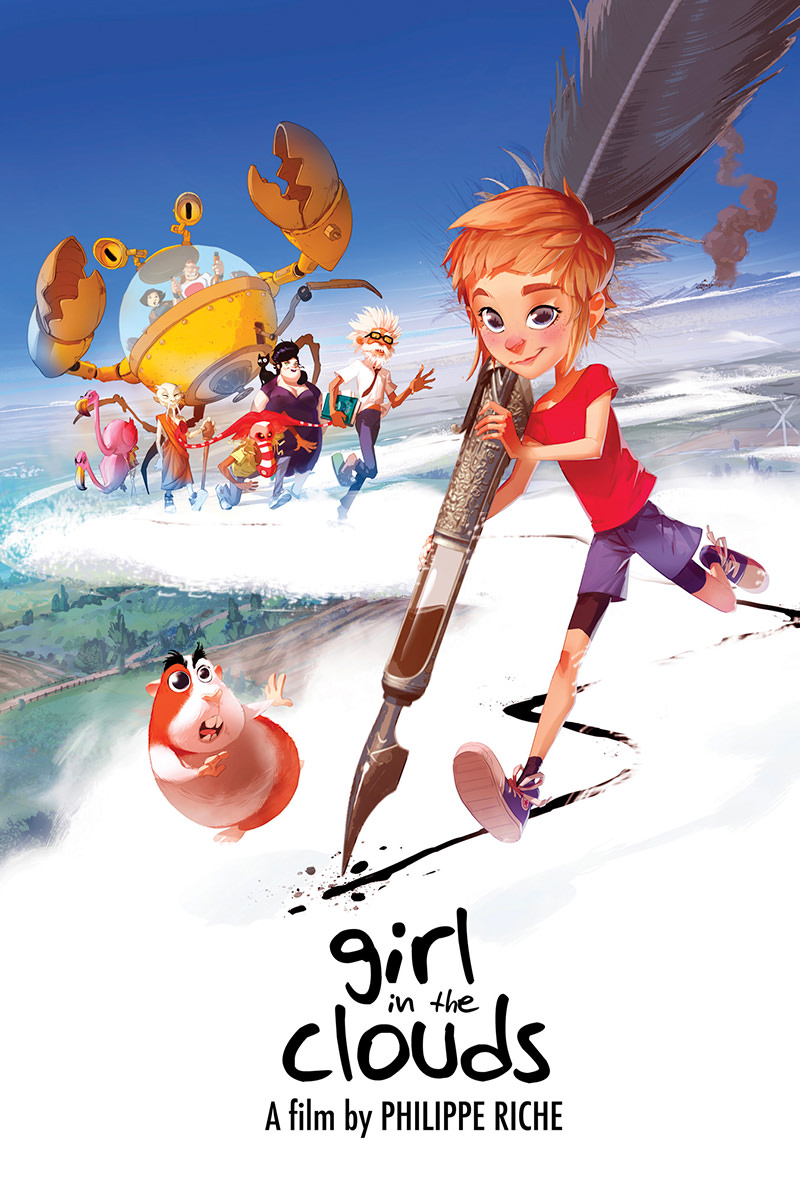