HEADSPACE is a comedy action-adventure film for all the family. This is an alien invasion film like no other – the aliens are miniature but still want to take over the world!

The film starts with a freak accident, where Gus, Sophie and Max of the Space Protection Force (SPF) and their microscopic spaceship, The SPF-50, end up inside 16-year-old Norman’s brain. They can see what he sees and hear what he hears.

These crime fighting aliens must enlist Norman’s help to save Earth from Zolthard, an intergalactic villain who has managed to assume mind-control of the school principal, Ms. Witherington.

Norman, his friends, and the aliens must go to great lengths to conceal the presence of alien life at their high school, while they continue the galactic struggle between good and evil. After all, Zolthard now has a school to run, and Norman still has a life to live and homework to hand in!
The CGI animated film is a South African production by Luma Animation and The Ergo Company with the powerful backing of the South African Industrial Development Corporation and the support of the South African tax rebate under the Department of Trade and Industry and Competition. Indigenous Film Distribution, led by Helen Kuun, will release theatrically in South Africa and the rest of the African continent in Winter 2022.

HEADSPACE highlights how key financiers and stakeholders in the South African animation industry have collaborated to successfully produce a world-class film.

Paul Meyer and Gerhard Painter of Luma Animation direct the film with the directors also credited as the screenwriters alongside Daniel Buckland and Ronald Henry. Dumi Gumbi and Cati Weinek are producers. 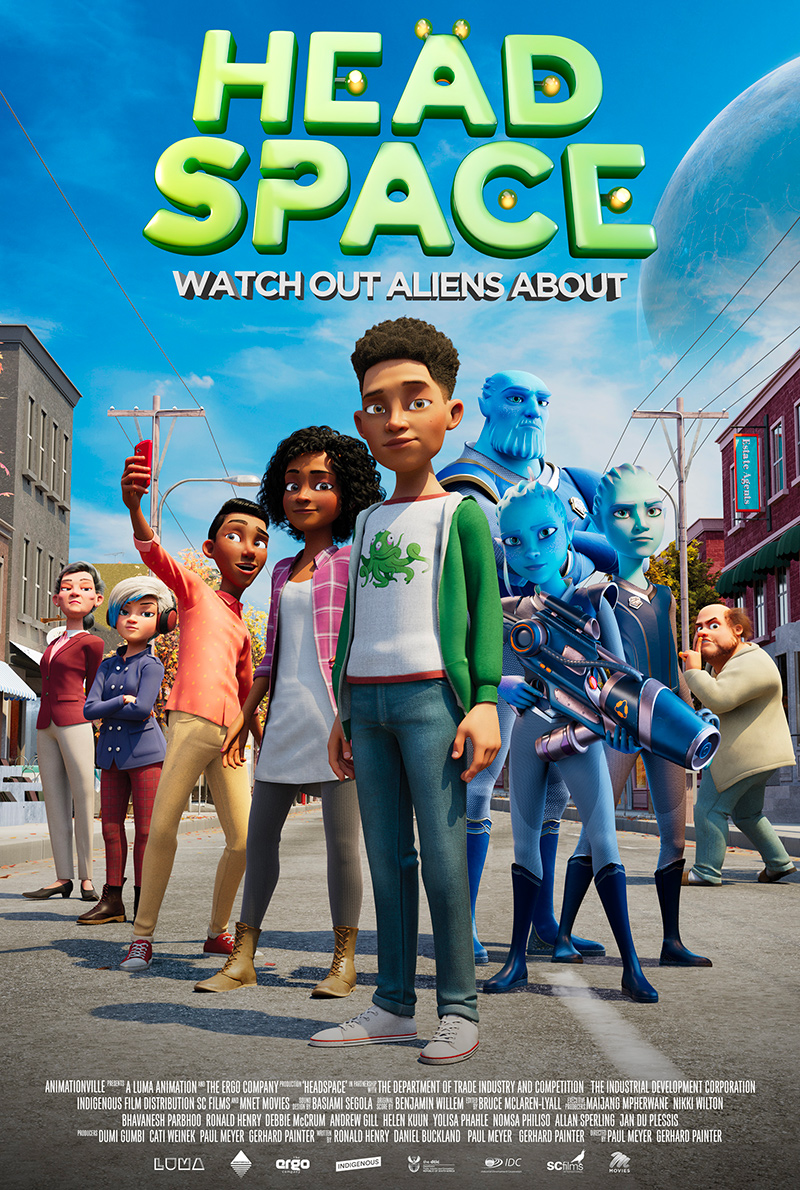