My Father’s Secrets is an intimate, funny and thought-provoking film that focuses on a family’s journey to reconciliation after facing the trauma of the Holocaust.

Based on the autobiographical novel by Israeli author and renowned cartoonist Michel Kichka.

At 20 years old, Michel’s father returned to his native Belgium, marrying and fathering four children, two girls and two boys. This is the story of Michel’s family. They must understand the many issues their father has had to face throughout his childhood, and grow up to become strong independent people in their own right.

This intimate and poignant story, told in a unique and touching tone, could only be done justice through animation. A story about survivors and the triumph of the human spirit. 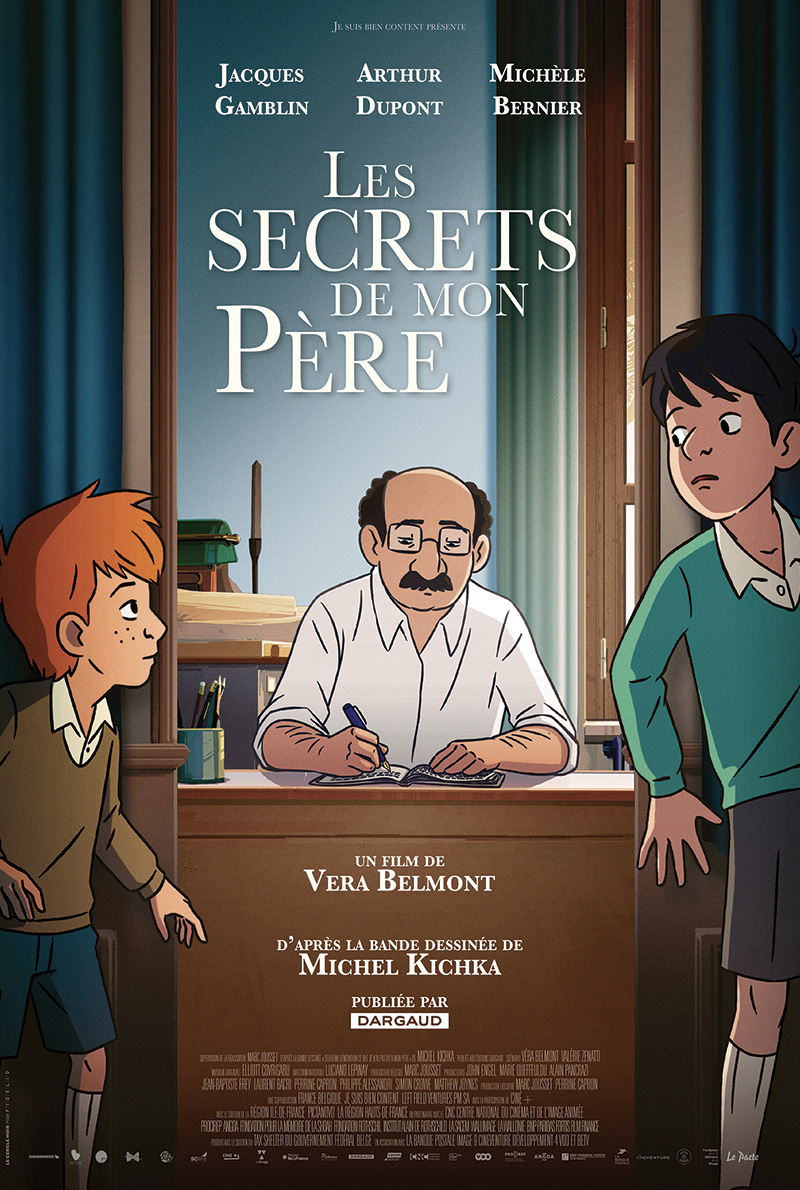