Neighborhood Pet Watch is a fast-paced, US set, family animated feature. Frederick must unite all the neighborhood pets to thwart the evil tech genius Max Solitario.

Frederick, an adorable puppy and his best friend Mila team up with the local neighborhood pets that include a boa constrictor, guinea pig, a cat and a tortoise, to thwart an evil gang attempting to take over their beloved city.

Full of action and adventure, Frederick proves that you are never too small to take on an enormous challenge!

Riley Animation Studios is a multiple Emmy-winning animation studio based in Florida specialising in 3D/2D animation and design for film and TV, working for Nickelodeon, MARVEL, Discovery Kids, Red Bull and NASA amongst others.

Kevin Riley is a multi-award winning creative director and head of Riley Animation. 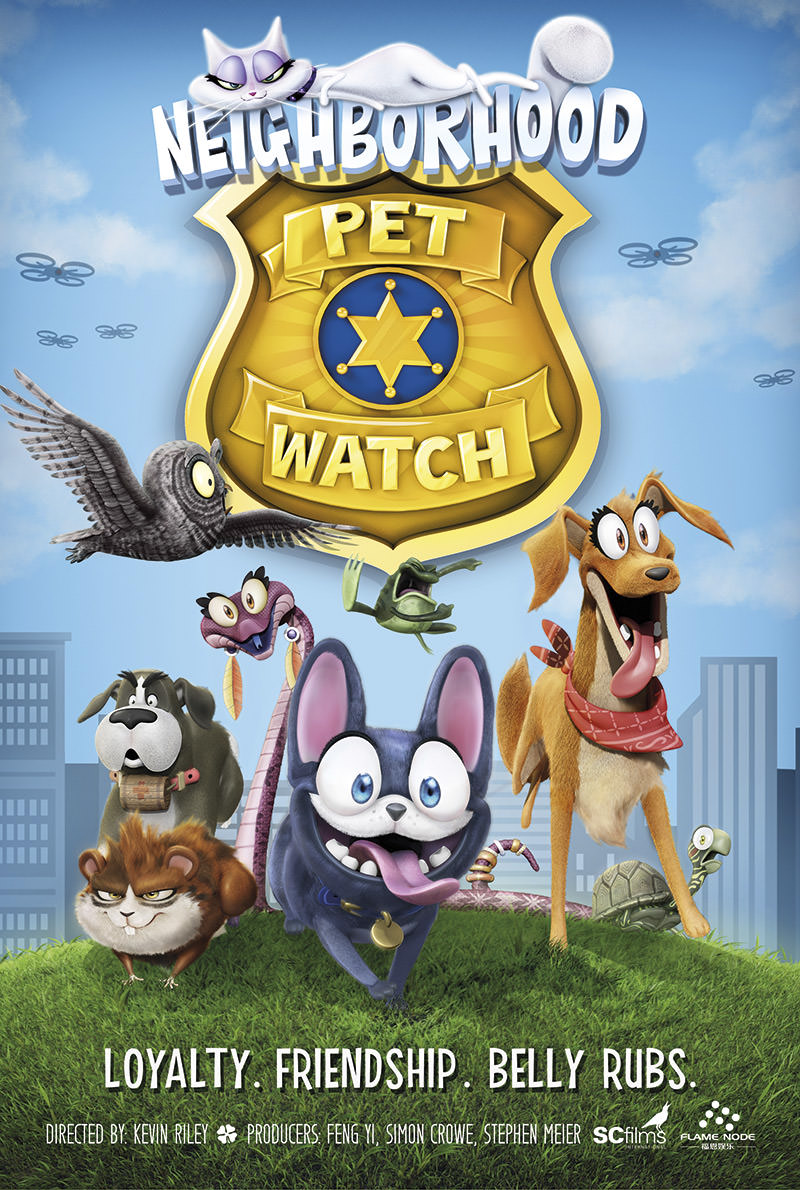