DECEMBER stars popular Japanese actors Shogen and MEGUMI as an ex-husband and wife, who are pulled together again after their daughter’s murderer is granted a retrial. From the award-winning director Anshul Chauhan. WORLD PREMIERE at Busan International Film Festival ’22. Nominee Kim Jiseok Award.

December is an independent, Japanese language film directed by Anshul Chauhan. It deals with the controversial subject of juvenile offenders by way of a retrial of a girl sentenced to life in prison for a murder committed at the age of seventeen. A courtroom drama at heart, the narrative is told not just from her perspective, but also those of the victim’s parents, covering the very grey area in the problem of criminal punishment and justice. 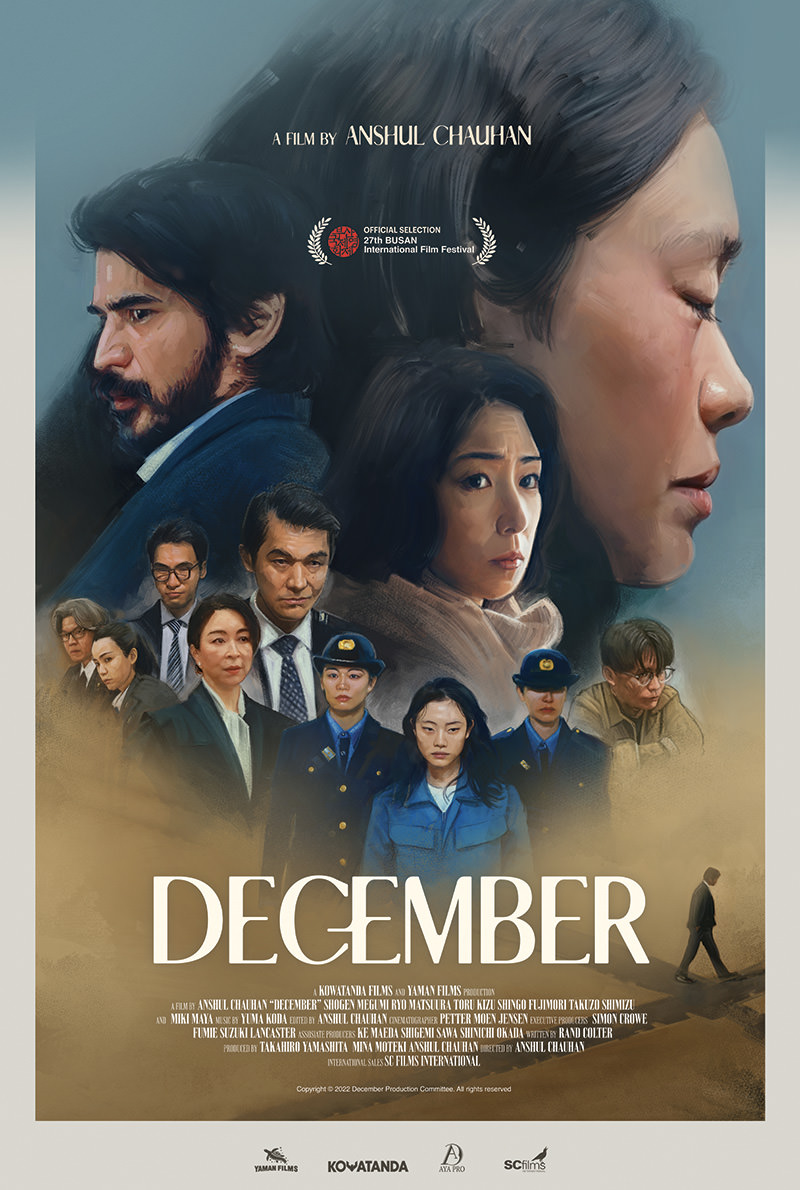